Am I Ready for Retirement?

A friend recently asked me if I thought he was ready for retirement. Fred’s nest egg had grown nicely over his 20-year career. Retirement meant leaving behind a steady paycheck and the benefits of a big company with a generous stock option plan. But as someone in his mid-40s, Fred could return to work if necessary, and he felt now was the time to enjoy life in the Bay Area. He might pursue something entrepreneurial over the next few years, but the family goal was for both him and his wife to be altogether retired within the next 10 years. Near term, they would live off one income and not tap into their nest egg until his wife joined him in early retirement. They knew their options but were not confident enough about their retirement readiness to take the next step.

Fred had already answered one of the three key questions to explore how well he was prepared for retirement. He knew about the timing. Leaving work now would mean a retirement lasting roughly 45 years based on average life expectancy. According to the actuaries at the US Social Security Department, men and women aged 65 have a life expectancy of 84 and 87, respectively. One in four 65-year-olds can expect to live beyond age 90 and one in ten beyond 95. Not knowing if he would be in one of these select groups, Fred wanted assurance that he would be covered in case he was among the one in ten.

Fred needed to assess his situation based on his unique definition of retirement. He did not envision retirement to mean golfing every day or sitting on a beach. It was not a simple dollar figure either. Many retirement calculators assume that retirement income will be equal to 70% to 85% of the retiree’s pre-retirement income. This did not apply because Fred and his wife enjoyed a lifestyle that required that they spend well below the standard assumptions. The solution for them was to take a closer look at their daily spending. Fred and his wife identified their essentials—housing and related expenses, food, medical, etc. They kept a separate account of the discretionary spending that defined their lifestyle—fine dining, visits to wine country, travel overseas, the number of cable TV channels, and spending for regular technology upgrades and new musical instruments. Lastly, they created a wish-list for things that weren’t critical to their happiness but would be nice to have. Knowing their requirements, they would be worry-free if their nest egg could cover the essentials. They would be happy if they had the resources for the essentials and to sustain their lifestyle.

How Much Savings is Enough?

Now that they had a handle on how much they needed for retirement, their attention shifted to whether their accumulated savings were sufficient to provide the money they would need. Many factors must be considered to make this determination, and the answer is not always a simple yes or no. Retirement readiness can change, influenced by factors such as investment conditions, taxes, job situation, lifestyle, health and unexpected events in life.

Fred considered the habits that had led up to this situation. His savings habits were good, as he and his wife saved more than 10% of every paycheck. Unfortunately, good habits don’t automatically mean retirement readiness. The rule is based on the idea that someone starts saving early and saves regularly. It assumes that they save from their 20s into their 60s, when they retire. It also assumes that the savings are held in investments with annual returns several percentage points over inflation during this 40+ year period. In today’s low-interest-rate environment, too much safety can be dangerous. Flags came up for Fred and his wife in this test. Their savings habit would end once he took early retirement. They saved, but they did not invest to let their money grow. Fred and his wife liked to save by putting money in their checking account. Checking gave them ready access and no risk of loss. Unfortunately, checking also meant that they did not earn any interest and they didn’t let their money work for them.

Not All Retirement Calculators are the Same

Fred and his wife also tried to assess their situation using several retirement calculators available from the web. They found calculators offered by his company’s 401(k) plan, brokerage firms, and websites such as marketwatch.com and aarp.org. After entry of current age, expected retirement age, current income, and assets, the calculators quickly provided simple yes/no assessments. One calculator said they were on track based on assumptions of how much it expected the investments and spending to grow.

The retirement calculators helped Fred and his wife start to understand their situation but also raised more questions. Some calculators allow users to factor in other sources of income such as Social Security and pension benefits, different spending levels, and inflation rates. Fred found that his results varied depending on the calculator. In general, he could cover his essential spending. The calculators differed when Fred included his discretionary spending and wishes. His retirement readiness was very sensitive to assumptions about investment returns, inflation, taxes, spending, and saving. For example, he noticed that using investment return assumptions based on long-term history produced results that were very different than using returns based on recent history. He saw how sensitive retirement readiness was to inflation and what would happen if his wife lost her income.

Fred and his wife felt that early retirement is a very big decision that warranted a more detailed review of their nest egg. They also saw the need to monitor and regularly review their portfolio of investments. In the end, after considering all the factors described above, they concluded that their nest egg was sufficient for Fred to proceed confidently with early retirement. 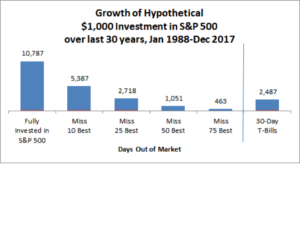 Last Week’s Reminder: Volatility is a Fact of Life for Investors Volatility spiked for stock markets around the world last 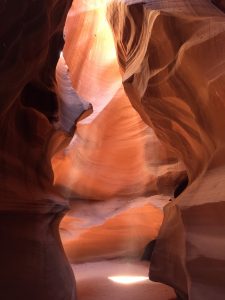 Before I get into the six ways to make your money and your impact go further, consider current talks regarding

5 Simple Ways to Improve Cybersecurity & Protect Yourself Against Identity Theft

The Trump victory keeps us in the bizarro world that I described in the July Quarterly Client Letter. Expect the

5 Simple Ways to Improve Cybersecurity & Protect Yourself Against Identity Theft

Candent is an independent, fee-only fiduciary. Our practice serves clients only. We don’t accept commissions, referral fees, or compensation from anyone who may otherwise influence how we serve you. 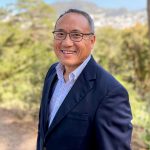